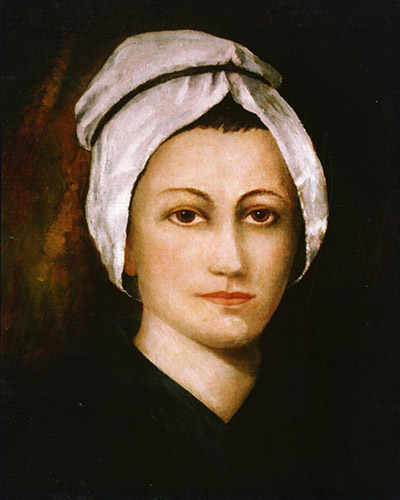 Nativity School is a Preschool-8 coeducational school that serves approximately 300 students with a full-time faculty and staff. Nativity's program is grounded in its mission and school philosophy: "to educate and prepare the whole child within a nurturing environment based on Catholic values and beliefs in order that the child may become a responsible and active member of the Church and society." Nativity School is located in Menlo Park, California. In 1956, the Sisters of the Presentation of the Blessed Virgin Mary founded the school near the beautiful, historic Church of the Nativity.

Nativity students reflect the diverse cultures and ethnicity of the region. We are an Archdiocesan school that remains committed to offering a high quality Catholic education to families who seek it.

Sisters of the Presentation of the Blessed Virgin Mary: History in California

Four Sisters from Midleton, County Cork, and one Sister from Kilkenny, Ireland established the first United States foundation in 1854. Within a year, three of the five Sisters returned to Ireland and the remaining two Sisters established the Presentation Convent on Powell Street where they conducted a school for girls. From 1857 to 1869, the sisters also had a school for black and Indian students. In 1869 Sacred Heart Presentation Convent was established at Taylor and Ellis Streets, in San Francisco. This foundation was followed in 1878 by St. Joseph Convent, Berkeley and in 1882 St. Joseph Convent, Sonoma. The four houses were amalgamated in 1888.

The 1906 Earthquake and Fire destroyed the two convents in San Francisco. The Sisters lived in various residences until Presentation Convent located at 281 Masonic Avenue was completed in 1912. They moved from this location to 2340 Turk Boulevard in 1970 when the new Motherhouse was completed. Through the years, the sisters stayed in education and later focused on pastoral ministry and social work.

The Presentation Sisters' primary mission is to the poor, which is manifested through a variety of ministries as fulfilled by their foundress Nano Nagle. Presentation women are committed to serving the poor in the ministries of education, parish ministry, community organizing, pastoral care in hospitals, nursing, literacy programs, foreign missions, immigration work, spiritual direction, retreat work, Safe House for women wanting to escape prostitution, and housing management for the elderly.

Presentation Sisters currently serve in the Archdioceses of San Francisco and Los Angeles as well as the Dioceses of Oakland, Orange, San Jose, Santa Rosa, and Guatemala.

Currently, Sisters live in small group residences, apartments, parish convents, and a Motherhouse, which provides special care for our elderly and infirm sisters.

Who Is Nano Nagle? 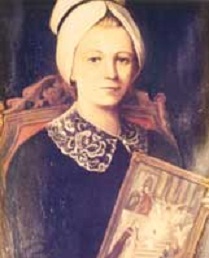 Nano (full name Honora) Nagle was born in Ballygriffin, County Cork, Ireland in 1718. This was the period in Irish history when the English had imposed the oppressive Penal Laws, which severely limited the Irish people. The Irish were denied access economically, politically, socially, and educationally to the rights and means that would have raised them from the imposed poverty and oppression. It was a crime of treason (punishable by death) to educate the Irish and it was forbidden to practice the Roman Catholic faith. Because of her family's position and wealth, Nano was sent to be educated in the Irish community then living in Paris.

According to Sister Rose Forest, PBVM, one biographer of Nano, her "stay in the midst of Irish Parisian society was brief, but during this time an incident took place which has become a classic episode in the Presentation story. One morning the charming, wealthy, and beautiful Miss Nagle...was returning from an all-night ball. As her carriage rattled over the cobblestones of a silent street, she saw a small group of poor working people waiting in front of a church for the door to open for early Mass. The contrast between their useful lives and her own empty one devoted to pleasure made a lasting impression on the girl of twenty-two".

Returning to Ireland, other events lead Nano to consider a way that she could help the poor she saw everyday in Cork and on the family estate. Distressed by the ignorance of the Irish in both faith and academics, she opened her first school in 1754 with an enrollment of thirty-five girls in a two-room cabin. This began her great work of education and as some historians have noted, her important work in saving the Irish culture.

Without regard for her own safety, she selflessly educated the children during the day and visited and nursed the sick by night. As a result, she became known in Cork as the Lady with the Lantern, the symbol of the Sisters of the Presentation worldwide. Today the people of Ireland, especially in Cork, who attribute their freedom to her, revere her.

Eventually, realizing the need for a group to continue her work after her death, Nano founded the Sisters of the Presentation on December 24, 1775. Nano died from tuberculosis, Monday, April 26, 1784. According to Sister Rose's account, "On her deathbed Mother Nagle gave to her daughters the following injuction: 'Love one another as you have hitherto done.' As her legacy she bequeathed to them the treasure which she prized above all the wealth of the earth - the love of the poor of Jesus Christ. She bade her Sisters 'Spend yourself for the poor.'

In the years since Nano's death, the Sisters of the Presentation have carried her spirit around the world in a variety of ministries.